Why is this region so important to understand? Come learn about Imperatriz, a city full of changes in South of Maranhão!

Imperatriz is a welcoming city. It is as if it were a “promised land”. Here, migrants from the Northeast of Brazil and settlers from other regions and countries found a place to start over and build a new life. And that is what the city came to be: heterogeneous. Today, Imperatriz is the regional capital – it is a “small metropolis” with a considerable supply of services of all kinds: commerce, health, education, industry, and public services. It is the second largest city in the state of Maranhão, with almost two hundred and sixty thousand inhabitants and an even greater fluctuation of its population size: Besides the demographic exchange with other municipalities, there is also an interstate flow as it is the border city between Maranhão and Tocantins; separated by the majestic Tocantins River.

Regarding the biome of Imperatriz, it can be summarized as follows: Imperatriz is a transitional Amazon/Cerrado region called the Pre-Amazon.

For years, the municipality has been one of the largest cities in the so-called “arc of deforestation”. There are records of over 300 industrial and service establishments in the timber sector operating simultaneously in Imperatriz in the 1970s. From sawmills, veneer mills, furniture factories etc. This was the peak of the so-called “timber cycle” 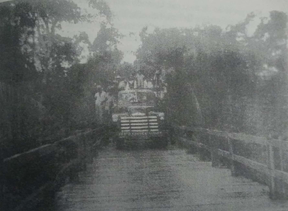 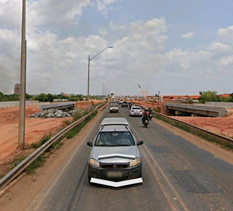 Perhaps the geopolitical reality of Imperatriz is its greatest differentiator as well as the determining factor of its urban and demographic formation: it is literally a commercial junction. Of the three states with which Maranhão shares its borders (Pará, Tocantins, and Piauí), Imperatriz is located right in the “middle of the road” between its capitals: 595.0 km from Belém (highway BR-010), 615.3 km from Teresina (BR-226), 627.8 km from Palmas (BR-226) and 631 km from São Luís, Maranhão’s capital.

The oldest branch of my family in the region has been living in these sertões (hinterlands) since the second half of the 19th century, arriving in Imperatriz in the 1860s and settling in what is now the Krikati Indigenous Land (Montes Altos). Together with other families, we went through all economic cycles: We settled along the banks of the Tocantins River and made this river the route for our economic/social flow for almost a century.With the opening of the first roads, especially the BR-010, which then linked Belém to Brasília, the city suffered a dizzying demographic explosion.

Several distinct Indigenous groups inhabited this region, in particular the Krikati, Tenetehara, Gaviões, Awa-Guajás and Kanelas, among many others, some of which are nowadays even extinct. We expelled them and destroyed the forest, the great forest of Imperatriz, which today is apparently the gateway to many things but the Amazon.  We rendered useless the great majority of the streams, springs, and every other source of natural resources that motivated and contributed to the growth of the city we have today.

It is up to us to break this paradigm, this exploitative imperative, so that we can indeed achieve a democratic city that does not work for the economy to the detriment of the people. Our beloved city is living proof of the difference between “economic growth” and “economic development”.

There are several cities within Imperatriz. However, they are all welcoming. First, it welcomed the Indigenous people who fled from the Bandeirantes (colonial Portuguese slavers and explorers), who later ended up crossing the river themselves. It welcomed migrants from all over the country and has welcomed my family for more than 150 years. I carry in my heart the guilt of the unsustainable exploitation that gave rise to my privileges, but I also carry the love and responsibility to be the change I want to see in this city.

We have an opportunity to reflect on our relationship with this city within every moment. From my fellow city dwellers, I wish from the bottom of my heart that they also be my comrades in the sense of believing in and idealizing this city. To those who do not know the city, or to those who have not yet allowed themselves to know it, I suggest they look outside the car, at the walls, streets, and town squares, and see Imperatriz as part of the history of Brazil. Understand; it is much more than just the way from home to work.

2 Replies to “Imperatriz: An Urban Crossroads in the Amazonian Sertão”